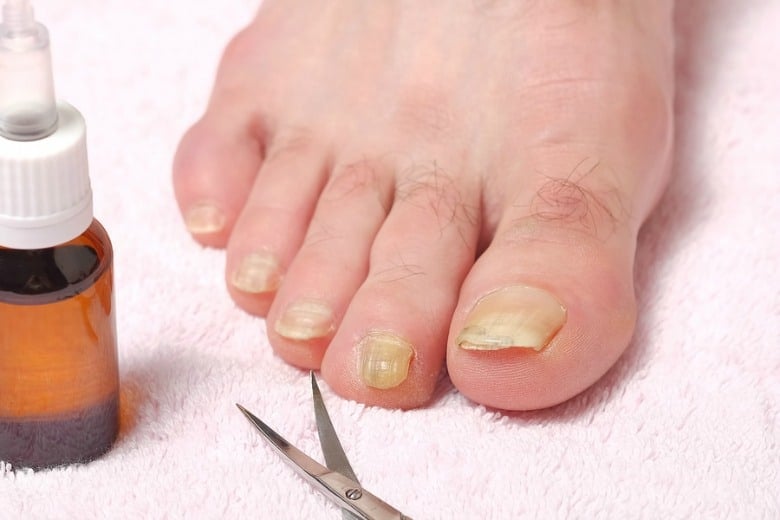 This Natural Remedy For Toenail Fungus is just one of the natural remedies to equip you to care for yourself and your family. The following will help to reverse the thickening, malformation and discoloration of your toenail (and fingernail) from a fungal infection.

Toenail fungus is a very common condition and may begin with a white or yellow spot under the tip of your toenail.

As the fungus spreads it becomes an infection in between your toenail and your skin. The fungus may cause discoloration and brittleness in the nail.

In more severe cases, the nail will become misshapen. There are many natural remedies touted as helping toenail fungus. And, if one doesn't work for you, don't give up, try another. (Source)

The fungus causing it and the people affected by it are very different - different immune systems, sensitivities...

How Do I Know If I Have Toenail Fungus?

Some of the symptoms that you might experience when you have a toenail fungus include: 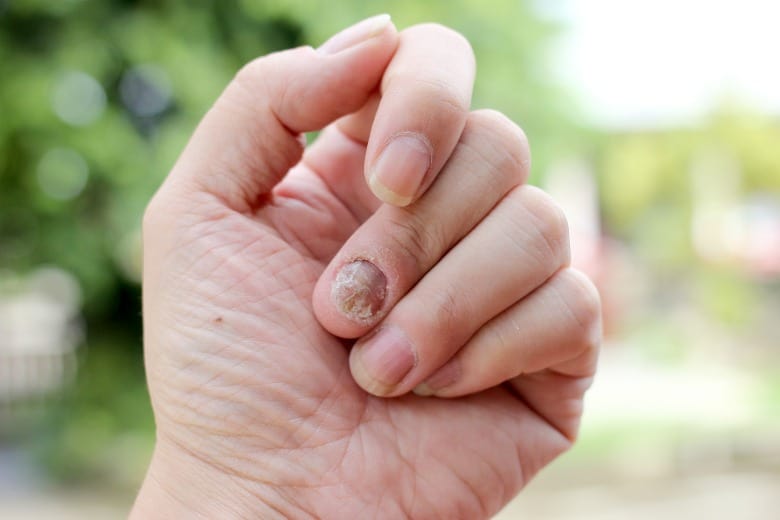 What Are The Causes of Toenail Fungus?

There are several possible causes of toenail fungus:

However, it is rare to catch it from someone.

Risks That Heighten Your Chances of Toenail Infection:

There is really no set rule of what increases your risk of a toenail fungal infection. The funguses themselves are varied as are individuals who are afflicted.

A weakened immune system or taking antibiotics seem to be a common factor to fungal infections. (Source)

So, taking active steps to support your immune system can help correct and prevent a fungal infection. One thing that can help is Support Your Immune System with Master Tonic.

Some can walk barefoot in the garden and never have a problem. Others, well...

Here are a few risks that have been noted: 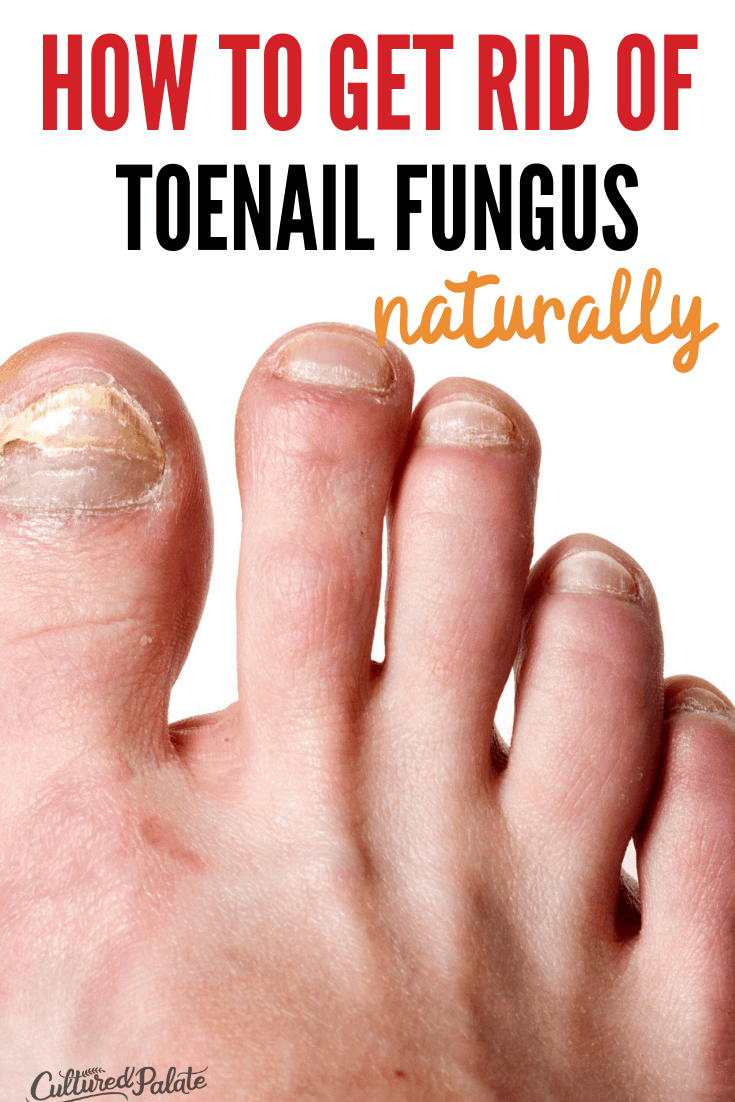 Looking For a Natural Remedy For Toenail Fungus?

There are a few different ways to attack toenail fungus. Some may work better for one person than for another person.

Here are a few popular ones with my experience and observations on each:

This is my top performing natural remedy for toenail fungus. I have tried the others listed but this one consistently works for different people.

I have found that it works quite quickly to make a difference especially in the thickness of the nail. I'm talking in a matter of a couple of weeks!

To use Coconut Oil as a natural remedy for toenail fungus:

It’s a topical ointment, but a 2011 study showed that it was indeed effective against toenail fungus. (Source)

To use Vick's Vapor Rub as a natural remedy for toenail fungus:

Tea tree oil has antibacterial properties, which may be effective against some fungi.

I include this as a natural remedy for toenail fungus because many report it helping and I want to give as many options as possible. Let's fill your toolbox!

But, I will say that my mother-in-law used tea tree oil on her toenail fungus and her nail turned black and she ended up losing the nail. The nail did grow back but the fungus also came back!

To use Tea Tree oil as a natural remedy for toenail fungus: Simply paint it on the affected nails, with a q-tip, twice a day.

There is a substance in olive leaf extract called oleuropein and it is thought to have antifungal, antimicrobial and immune-boosting qualities.

To use Olive Leaf Extract as a natural remedy for toenail fungus: Apply it to the affected nails, with a q-tip or your finger, twice a day. 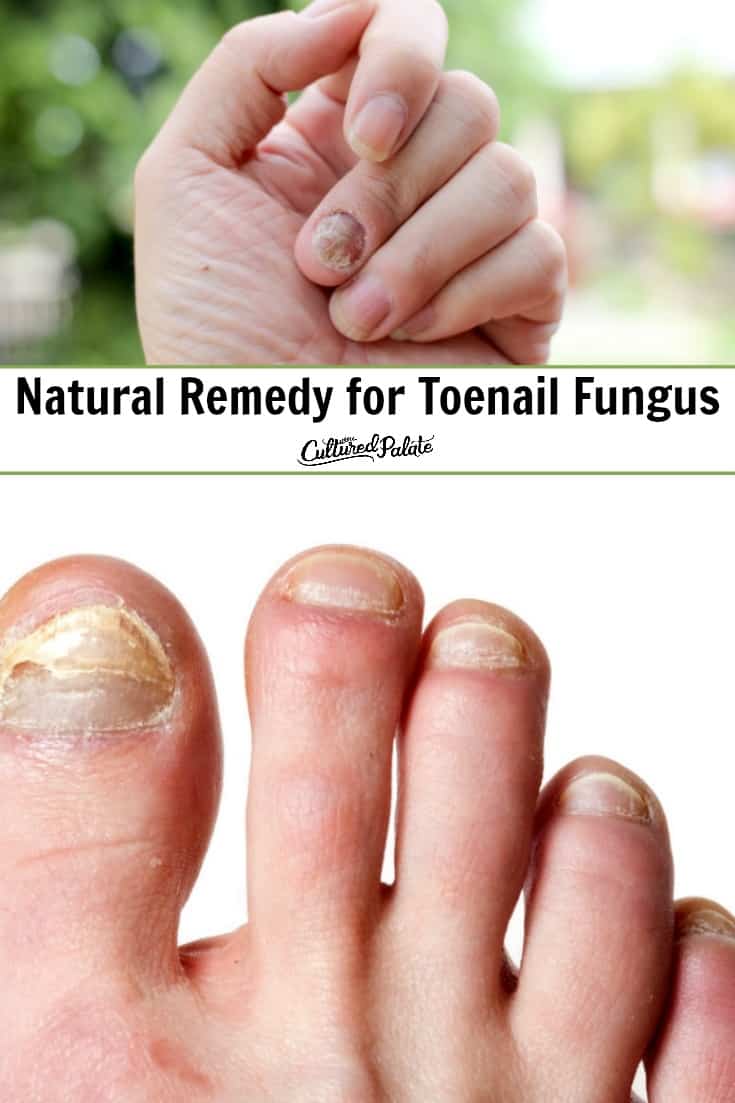 Soaking the affected foot in Apple Cider Vinegar for 20 minutes is a safe natural remedy for toenail fungus that you can try at home.

I have many reports that this works and is actually listed as one of the "100 Uses for Apple Cider Vinegar" Cheat Sheet that is yours if you join the email club. It is in the resource library!

This is another natural remedy that often works for people fighting toenail fungus. It is the mentholated eucalyptus found in the amber colored Listerine that is used to clear the fungus.

To Use: Soak the affected foot/nail in the amber colored Listerine.

The following habits can help prevent nail fungus or reinfections and athlete's foot, which can lead to nail fungus:

How Long Does It Take For Toenail Fungus To Go Away?

What Happens If You Don’t Treat Toenail Fungus?

A severe case of nail fungus can be painful and may cause permanent damage to your nails.

And it may lead to other serious infections that spread beyond your feet if you have a suppressed immune system due to medication, diabetes or other conditions.

If your toenail fungus is not responding to any home remedies, please make an appointment and see your doctor. There are prescription drugs that may help.

What Helped Your Toenail Fungus? 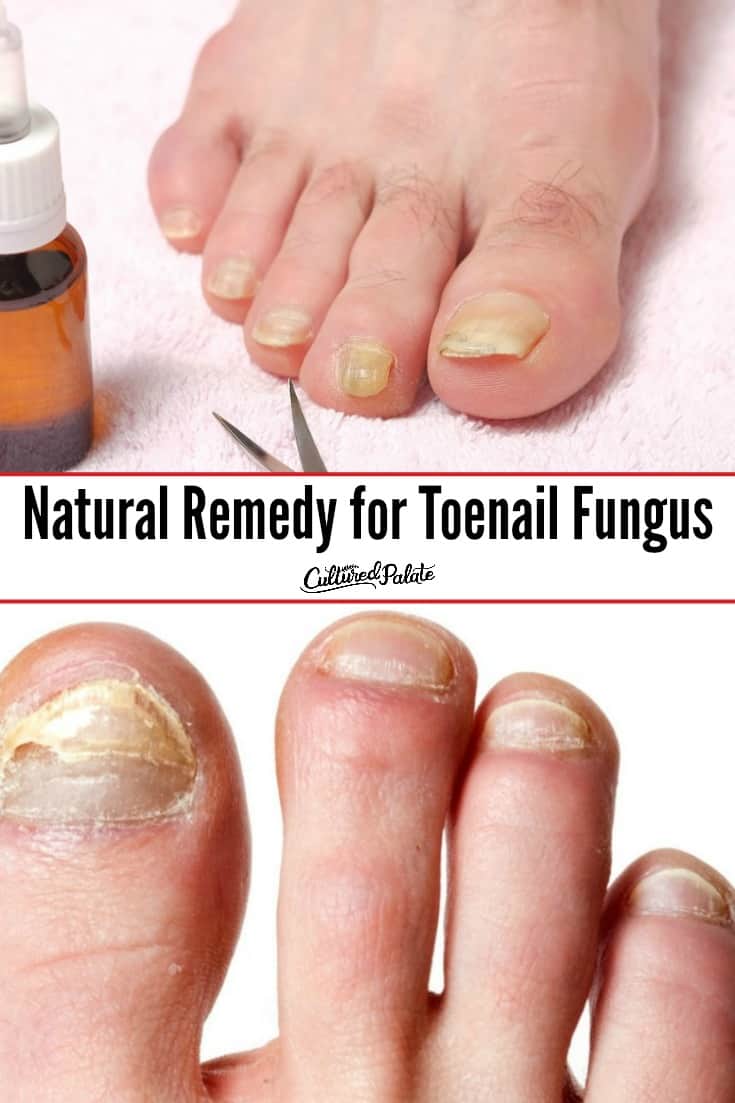