Stuffed Eggplant is a family favorite and the variations make it flexible for any type of diet - meat lover, vegetarian or paleo.

Our garden is still in full swing and one big producer at the moment is eggplant. It takes creativity to use gobs and gobs of eggplant! But, one dish that remains a family favorite is Stuffed Eggplant. 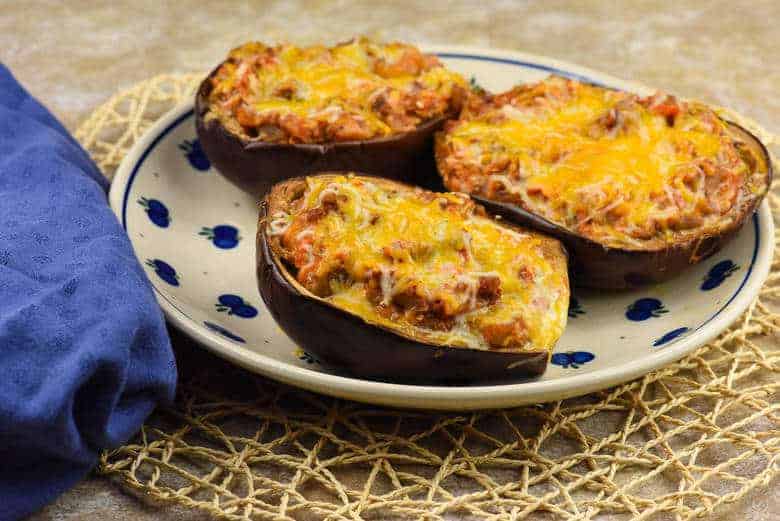 Can You Eat The Skin Of An Eggplant?

Trust me, I know, the shell of the eggplant gets tough as it ages - how do I know this? Let's just say, it has happened!

After all, there is nutritional value in the skin and don't forget the fiber! In fact, the eggplant is not loaded with any one nutrient but has a good array of nutrients. One study found that the skin of the eggplant contains anthocyanin phytonutrients, called nasunin. Nasunin is a potent antioxidant that targets free radicals and protects the fats in brain cell membranes.

Eggplants also contain the antioxidant, phenols that are known to be one of the most powerful free radical scavengers. This means that they may prevent cancer development and heart disease. But, it is the phenols that give eggplants a slightly bitter taste.

One thing I love about my Stuffed Eggplant recipe is how versatile it is. Whether you are a meat lover, vegetarian, or paleo, this recipe works!

So, a few notes about the variations possible with Stuffed Eggplant. 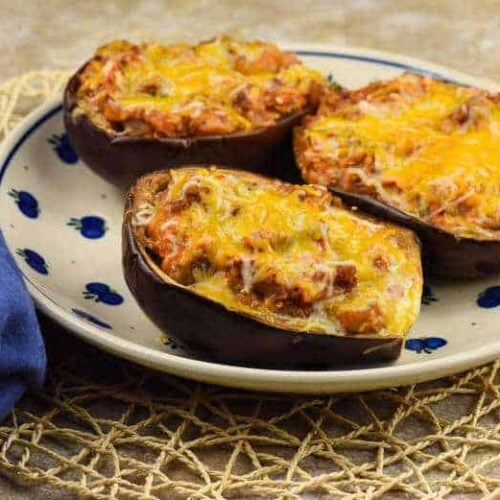 « Bread and Butter Pickles
How To Make Buckeyes - A Holiday Tradition »