Crockpot Stuffed Peppers is another recipe in the series of easy crockpot meals that are one dish dinners. Oh, you can always add a side, bread or salad but that is entirely up to you!

Our garden grows delicious bell peppers and that is how I started cooking Italian Easy Stuffed Bell Peppers. A more traditional recipe that everyone loves.

They are cooked in the oven and are delicious! The downside is that during the hot summer months, when the garden is producing bell peppers, they heat up the kitchen.

Or, when I have a super busy day and just don't have time to babysit a recipe...

Now you get the delicious taste of stuffed peppers without heating up your kitchen.

And, as with any crockpot meal, you get it started and are free to do other things until supper time. I love hands-free cooking!

If you enjoy preparing food ahead of time and freezing it for use later, you will love this recipe. Prepare the filling ahead of time, allow to cool and freeze.

When ready to use, thaw overnight in the fridge, stuff peppers in the morning and cook in the crockpot. 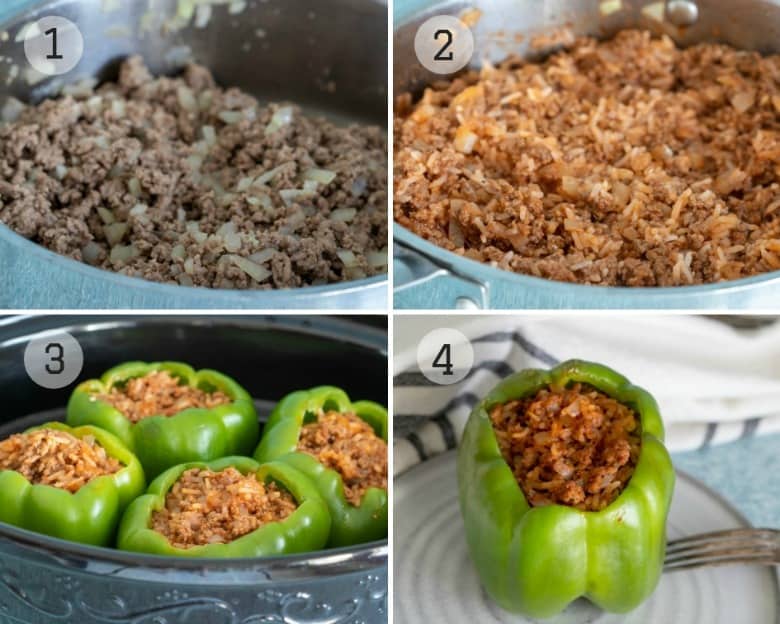 What is the Difference in Green, Yellow and Red Bell Peppers?

There is no difference except in the taste. Green, yellow and red bell peppers are actually all from the same plant but are just at different stages in the ripening process.

There is a permagreen variety that maintains its green color even when fully ripe but they are a bit less sweet than a red or yellow pepper.

When you plant a bell pepper plant and the peppers begin to appear, they will be green. As it ripens, the pepper will turn a yellow/orange and finally at its peak ripeness, red.

Which Bell Pepper is Best for Cooking?

Which pepper to pick for cooking is completely subjective and depends on the recipe. Some say green bell pepper is better for cooking because it has a less sweet taste.

Sweeter bell peppers (yellow and red) are definitely better for eating raw. And, I like having the colorful plate of food when serving Crockpot Stuffed Peppers.

Which is Sweeter - Green, Red or Yellow Bell Peppers?

What about Chocolate, White and Purple Bell Peppers?

Which Color Bell Pepper is the Healthiest?

Because red bell peppers contain more vitamin A, potassium and folate than the other colors, they would be considered the healthiest. (Source)

Why Are Bell Peppers Not Hot?

Bell Peppers do not contains capsaicin which is the chemical found in other peppers that gives the hot burning sensation.

Should I Remove the Seeds of Bell Peppers?

You will see the recipe below that the seeds are removed. They are harmless to eat but slightly bitter. I do not care for the texture they add so I remove them.

Any color pepper works but red and yellow bell peppers will give a nice hint of sweetness. The filling can be made ahead of time and frozen. Thaw before stuffing the peppers.

What is Your Favorite Color Pepper? 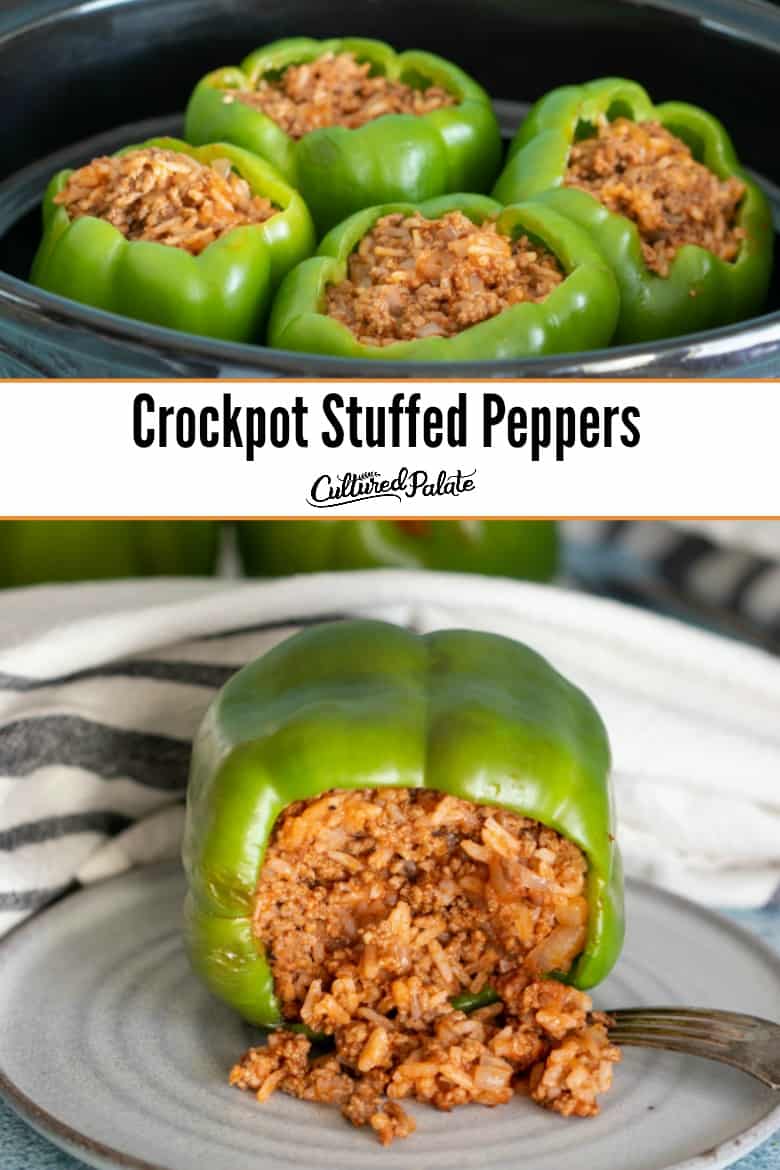