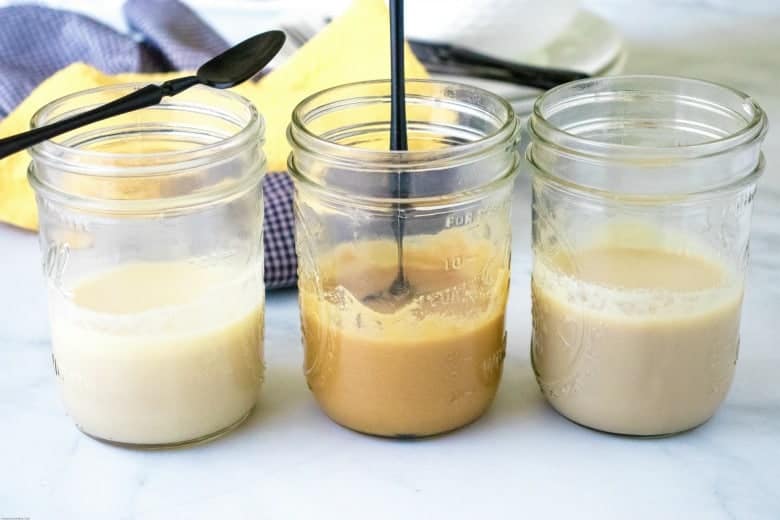 Homemade sweetened condensed milk is the only substitute if you are looking for a healthier alternative to store-bought!

After all, even if you are on the GAPS diet or another diet in which you are decreasing the amount of processed sugar, why deprive yourself of those delicious desserts if you don't have to!

I ran into this exact dilemma as I began preparing for our son's 16th birthday. For 16th birthdays at our house, we have a luau complete with a grass skirt (for the birthday person).

One of the traditional dishes I serve is a fresh fruit tray with a pineapple filled with an Orange Fruit Dip.

What Is Condensed Milk?

As I began my research, I began to wonder - what exactly is sweetened condensed milk? Wikipedia gives us this brief explanation:

In 1914, Otto F. Hunziker, head of Purdue University's dairy department, self-published Condensed Milk and Milk Powder: Prepared for the Use of Milk Condenseries, Dairy Students and Pure Food Departments. This text, along with the additional work of Hunziker and others involved with the American Dairy Science Association, standardized and improved condensery operations in the United States and internationally. Hunziker's book was republished in a seventh edition in October 2007 by Cartwright Press.

The First World War regenerated interest in, and the market for, condensed milk, primarily due to its storage and transportation benefits. In the US the higher price for raw milk paid by condenseries created significant problems for the cheese industry.

Raw milk is clarified and standardised to a desired fat to solid-not-fat (SNF) ratio[18], and is then heated to 85–90 °C (185–194 °F) for several seconds. This heating process destroys some microorganisms, decreases fat separation and inhibits oxidation. Some water[quantify] is evaporated from the milk and sugar is added until a 9:11 (nearly half) ratio of sugar to (evaporated) milk is reached. The sugar extends the shelf life of sweetened condensed milk. Sucrose increases the liquid's osmotic pressure, which prevents microorganism growth. The sweetened evaporated milk is cooled and lactose crystallization is induced.

So, condensed milk is just cow's milk in which the water has been removed. Sugar is also added to the mix in large quantity.

Seeing this process, I decided it sounded simple to make from scratch.

Yep, a homemade sweetened condensed milk recipe was worth the investment of time because there are so many uses for it.

Why not make a wholesome version of it and avoid unnecessary additives?

While I found many recipes for homemade sweetened condensed milk, most started with powdered milk and used sugar.

There were references to the possibility of using honey, but I could not find a homemade condensed milk recipe in which honey had actually been used.

I also wanted to use our fresh, raw whole milk.

Unfortunately, heating the milk to the temperatures required to make this recipe destroys the enzymes in the raw milk, but with our own family milk cow, raw milk is what I have on hand.

I wanted to see how a recipe would work, not only with honey but, also sucanat and raw sugar. The following recipe is the result!

The final color of the sweetened condensed milk will change based on the sweetener you use.

In the picture below, you can see the color variation between the different sweeteners.

The honey (on the left) is the darkest followed by the sucanat (in the center). Finally, the lightest colored is the raw sugar (on the right).

The one made with the sucanat in the middle jar, actually started out darker than either of the other two while the honey-sweetened version became darker as it cooked.

I used raw wildflower honey which does not have an exceptionally strong taste to begin with. Also, I strained the honey-sweetened condensed milk for a smoother consistency.

The recipe made with sucanat sticks to the bottom of the pan much more quickly than the other two versions. So be sure to watch and stir! 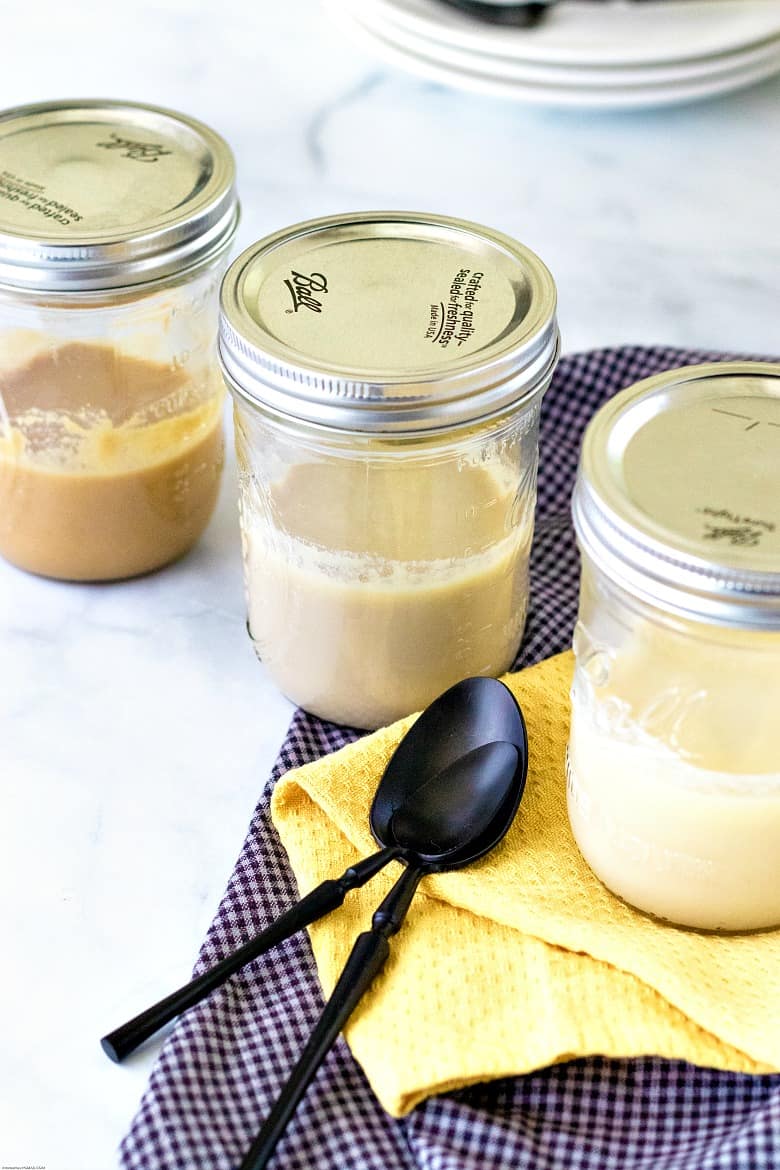 Since one can of sweetened condensed milk is 14 oz and I always at least double any recipe for our large family which would use condensed milk, I doubled the following recipe with great results!

We do not normally use so much at one time, so as soon as each batch was finished cooking, I poured it into sterile pint jars and capped them.

Placed on the counter to cool, it did not take long before the "pop"  of the cans sealing was heard. Then, just to be safe, I stored the unused cans in the refrigerator.

Is Condensed Milk Good for You?

If you were to eat condensed milk with a spoon, it probably wouldn't be the best option. In fact, you would probably get sick because it is so sweet!

However, condensed milk that you make for yourself using this recipe does not have the large amounts of concentrated refined sugar.

This recipe allows for a healthier way to enjoy delicious recipes.

How Long Will Condensed Milk Keep?

Whether you're making your own condensed milk or buying the store bought version, it may have different expiration dates.

When you buy condensed milk, it's already in a can, which means it's going to last longer.

Making your own condensed milk and putting it in the fridge, means it's only going to last a few weeks. Make sure you mark the container with a date, so you know when you made it. 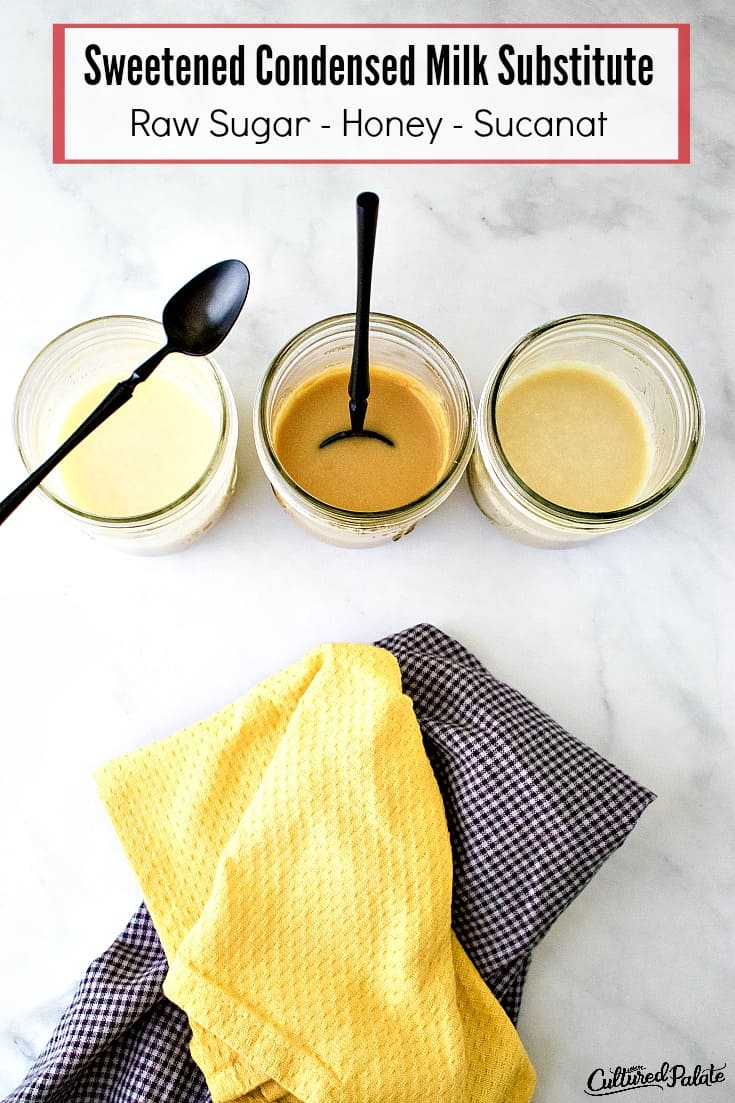 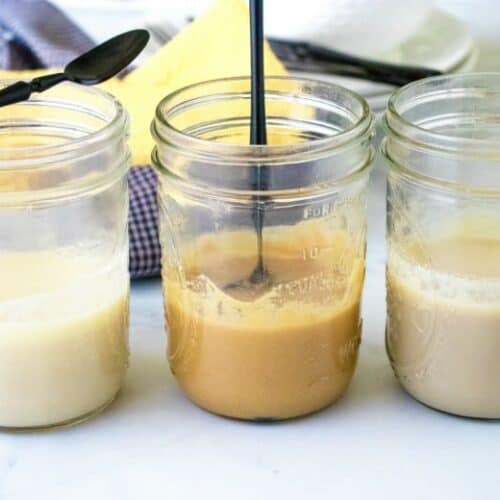 Nutrition Information is for honey version.

What is Your Favorite Way to Use Sweetened Condensed Milk? 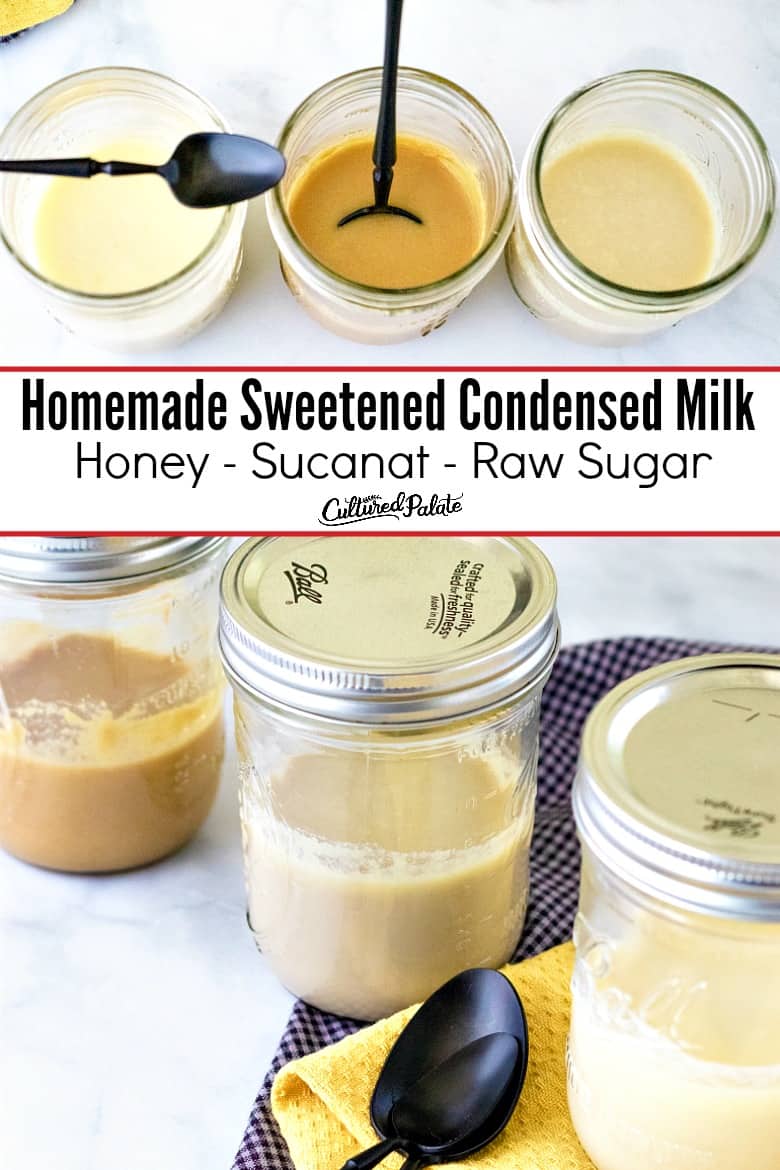