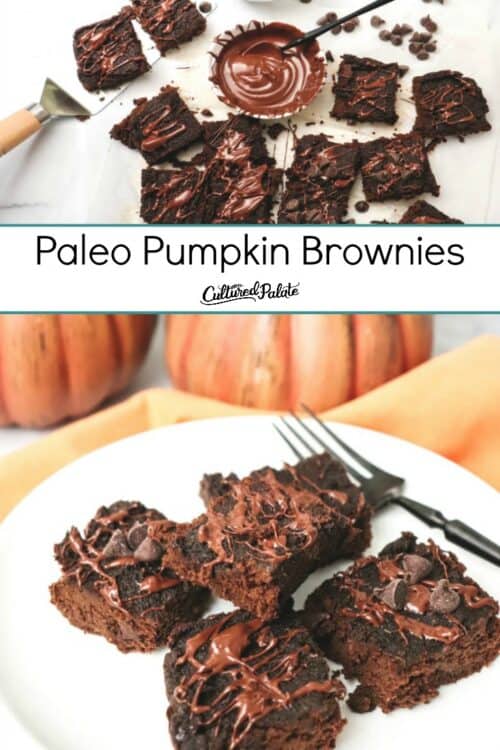 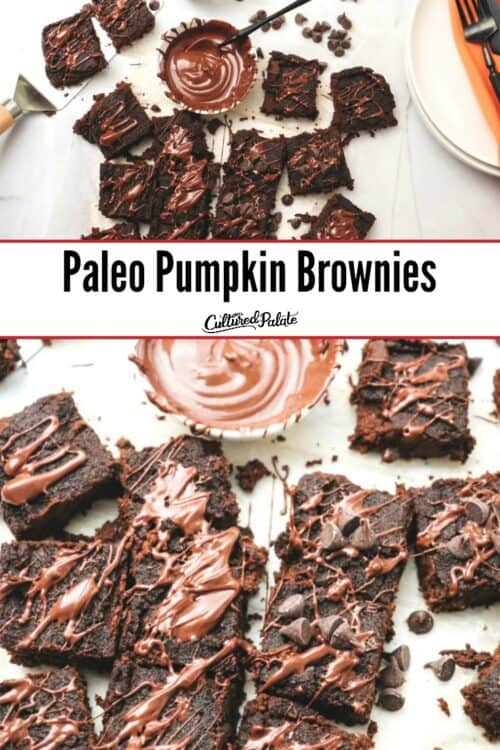 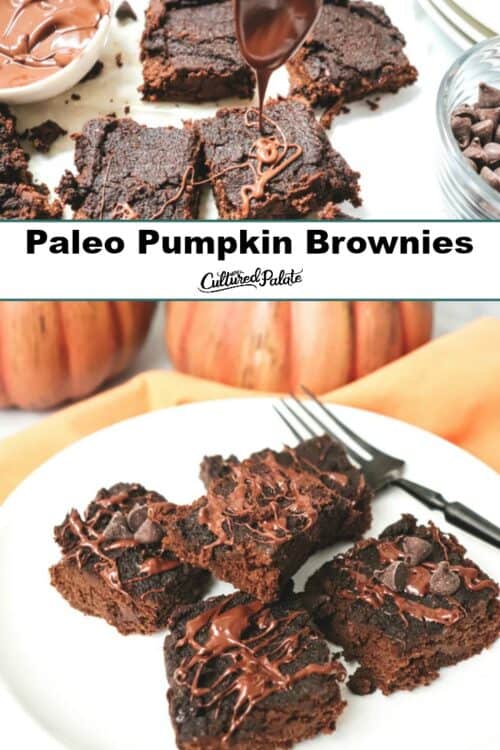 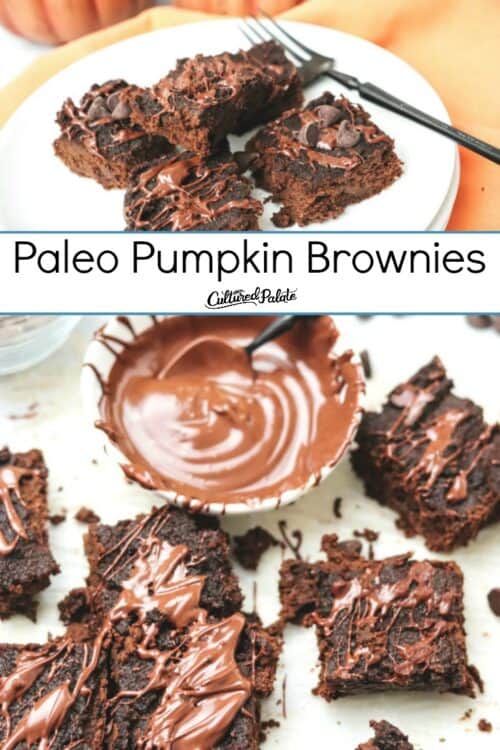 Paleo Pumpkin Brownies are good anytime but especially during the fall. With these and other healthy brownie recipes, I think I can smell fall in the air! 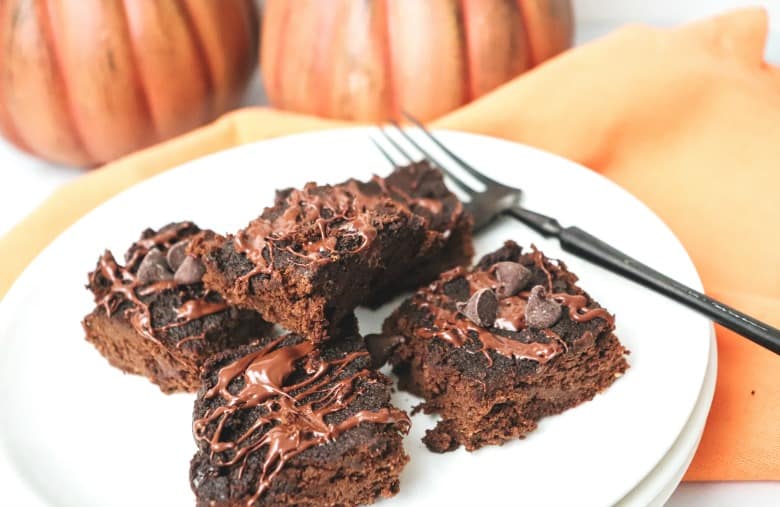 After all, who doesn’t love the aroma of pumpkin and cinnamon dancing through the air? I know I can’t get enough of it. The house just smells sooooo good – even better than a scented candle because you can eat these!

What flours are approved for gluten free brownies?

The most popular flours appropriate for baking on the paleo diet are almond flour, other nut flours and coconut flour. I have linked to brands I have used and like.

For those with nut allergies, there are other options beside flour made from nuts that are still considered paleo. These flours include:

Baking soda is considered Paleo, while baking powder is not. Baking powder contains ingredients, like gluten and aluminum, which the Paleo diet doesn’t allow.

It should say: pumpkin. If this is what your can says then yes, your canned pumpkin is Paleo and you can use it for these brownies!

Everyone deserves a treat and they always say, the more you deny yourself the harder the craving comes on, so treat yourself to some fall goodies.

These brownies are super easy to mix up and you only need one bowl to do it! Read – eeeeeasy cleanup!

As you look at the recipe, don’t be put off by the spices included. If you don’t have them all, you can use pumpkin pie spice as a substitute of the allspice and cinnamon. 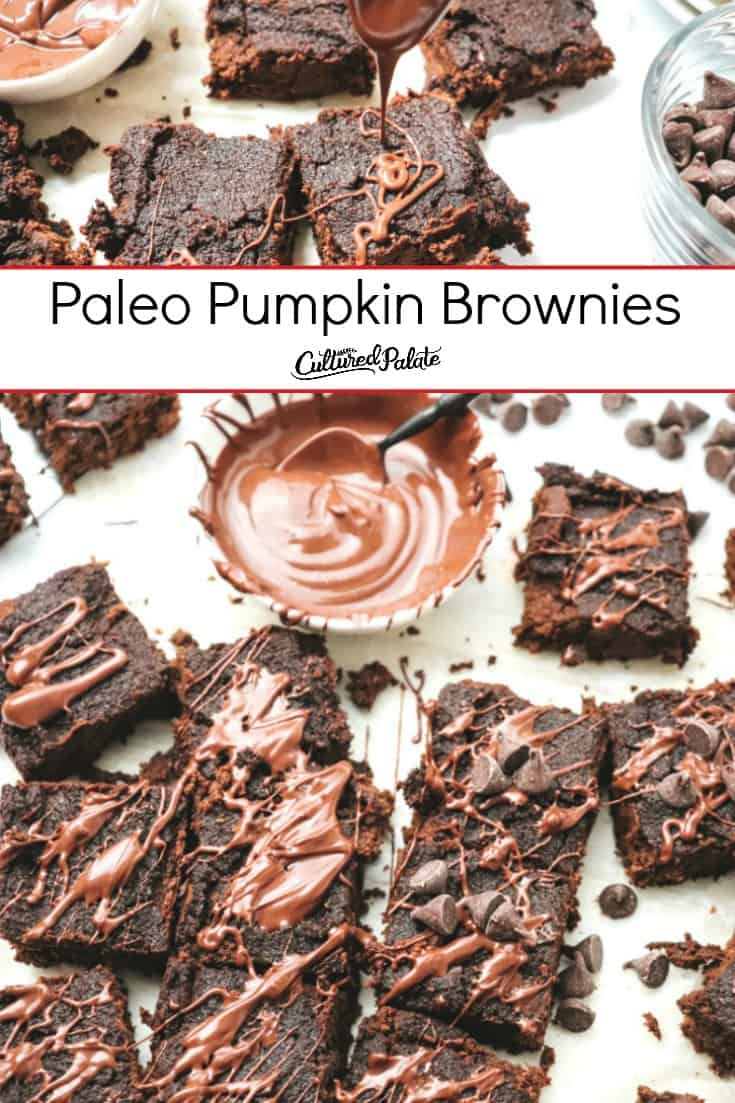 What is the difference between pumpkin puree and pumpkin pie filling?

Pumpkin puree is simply, cooked pumpkin. There is nothing else added to it.

Pumpkin pie filling is a convenience food, created to make pumpkin pie easier, so it is often spiced and sweetened.

In Paleo Pumpkin Brownies, pumpkin puree is used because it is healthier and does not contain sugar.

What do you bake brownies in?

However, you can bake brownies in a glass, ceramic or metal baking pan, as long as they are properly greased.

You can use parchment paper to line the pan for extra ease. Allow the brownies to cool until they are just a little warm to the touch before you life them out or cut them.

Is it better to bake brownies in a glass or metal pan?

Metal or non-stick are usually the best and go-to pans for brownies. Although, ceramic works too, but the brownies would have a lighter appearance in color.

If you do have to use glass, make sure you reduce your cooking temperature by 25 degrees fahrenheit, but for the same amount of time.

How long should I bake brownies for?

Generally speaking, brownies bake for 20-25 minutes. The brownies should still wobble slightly in the middle, as they will continue to cook for a little while when removed from the oven.

However, if your recipe specifies a different time, I would stick with that. It will depend also on the size batter and pan used – thicker brownies take a longer cooking time.

What temperature should brownies be when done?

A thermometer is always a good answer. The internal temperature of baked brownies should be 180 degrees. If we could consistently hit that temp, we would always have perfect brownies.

Can you bake 2 pans of brownies at once?

Brownies should be baked in the center of the oven for optimal surrounding heating and baking. So, you technically should not bake 2 pans at once.

Confession time: I have done it and they were all eaten with delight!

How do you test brownies without toothpicks?

Toothpicks are definitely the go-to baked good tester, but there are many other things that you could use in their place. I have used a skewer, the tip of a butter knife, the tines of a fork and even a chopstick.

They all worked well.

How would you store these Paleo Pumpkin Brownies?

These brownies (like most brownies) store best in an airtight container at room temperature. If they will not be eaten for a few day, place in refrigerator because of the addition of the pumpkin. 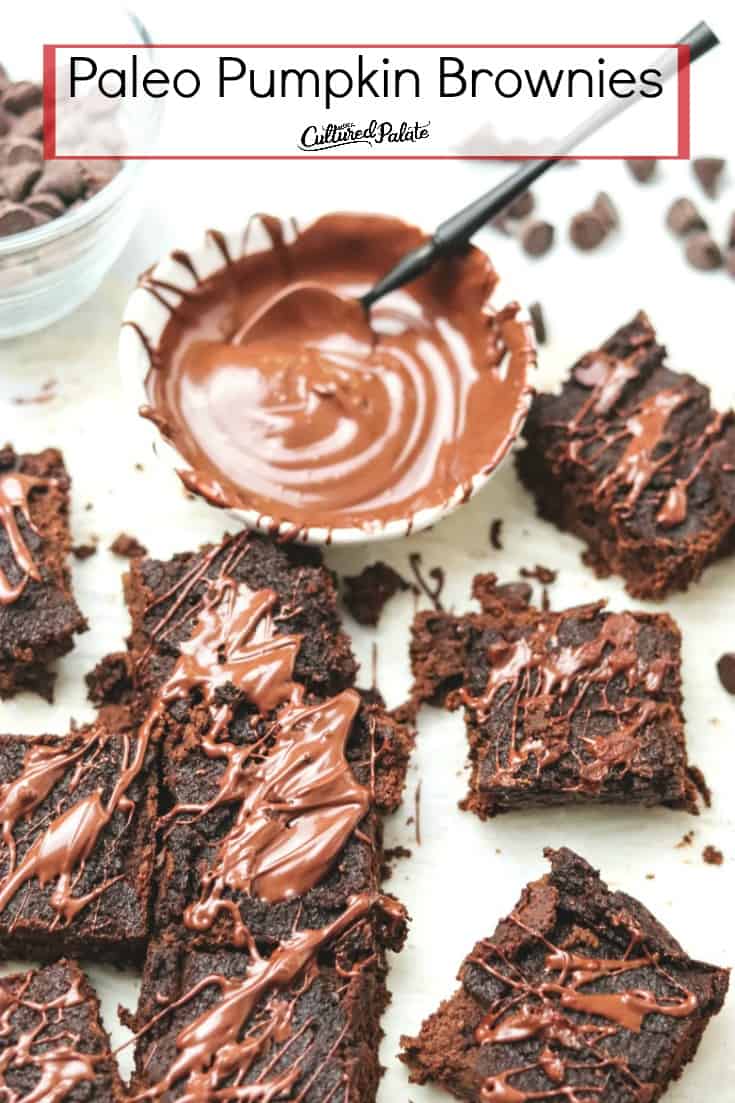 Refrigerate brownies after they are completely cool in an airtight container. Pumpkin Pie spice can be used as a substitute for the Allspice and Cinnamon

Do you serve Paleo Pumpkin Brownies with or do you eat them alone? 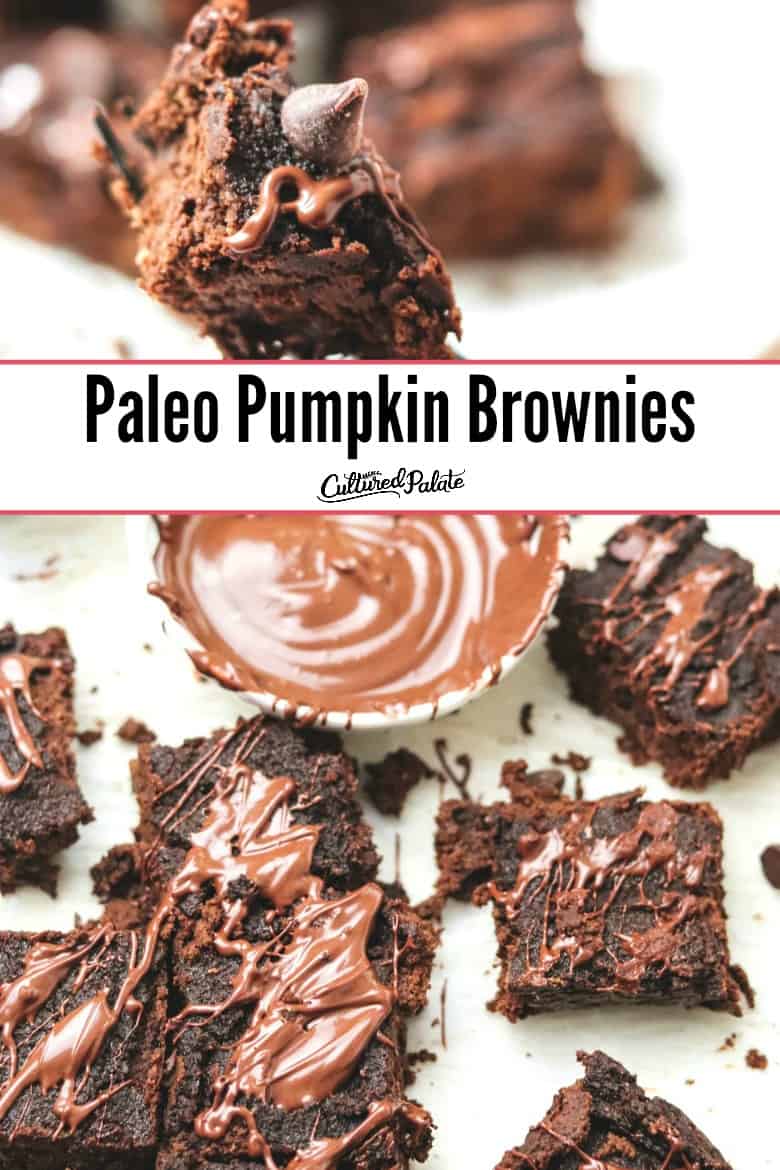 Known as the "second brain", your gut has more than 100 million neurons, and should be cared for. 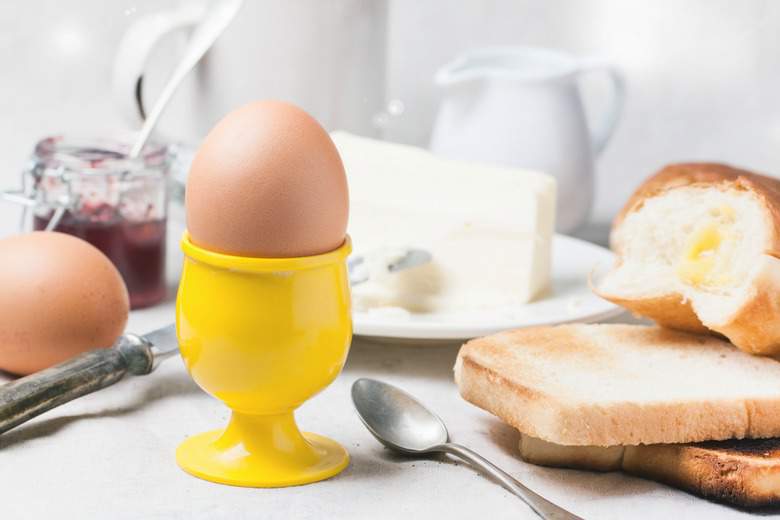 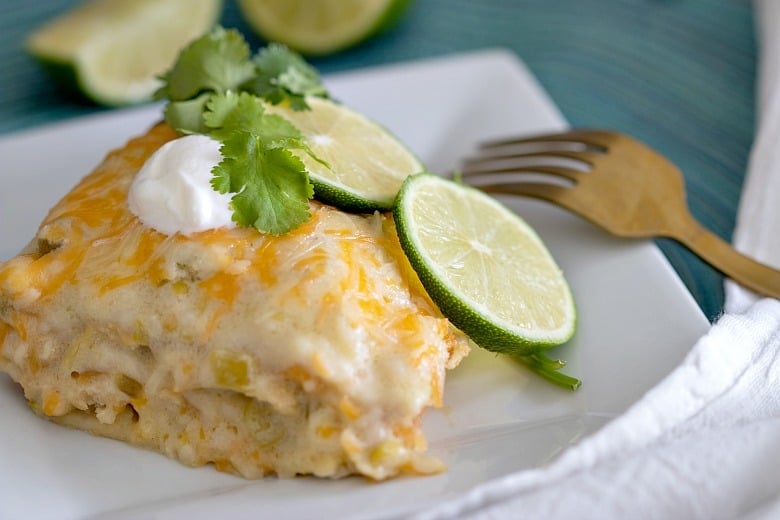