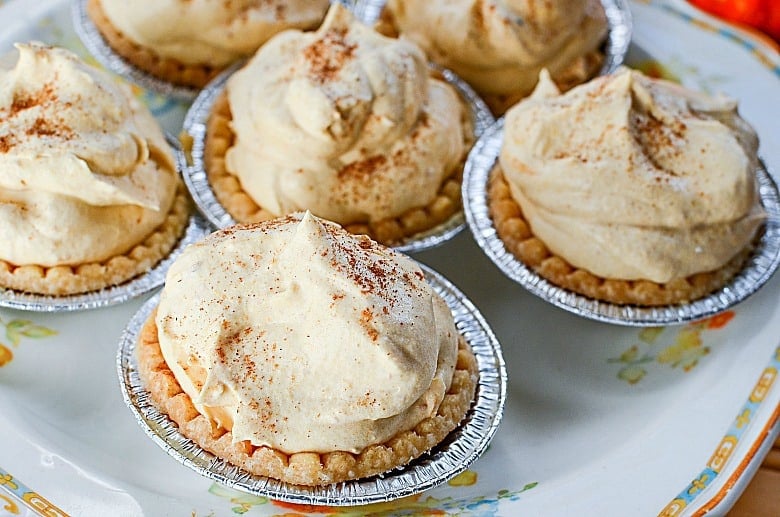 Did I hear Mini Pumpkin Pies? That means the holiday season must be coming. Well, yes and no. These pumpkin pie tarts are always in season!

I don't know about you, but when everyone gets their very own mini pie, it just seems like an extra special treat!

It is already a treat because we are having pie. But, as the case with Mini Pumpkin Pies, it is super duper special.

And, don't forget, for a non-dessert, pumpkin dish, there is Pumpkin Soup.

I love using fresh pumpkin because it is so easy to cook and the flavor is bolder. With Mini Pumpkin Pies, though, I start with canned pumpkin or pumpkin puree.

In a bowl, combine the pumpkin, whipped topping and spice mix. Photo 1
Fold the ingredients together gently so you don't lose the volume from the whipped topping. Photo 2
Spoon the filling into each tart shell - fill it full and pile it high. Photo 3
Sprinkle the pumpkin pie spice over the tops of the tarts. Chill in the fridge for 1 hour before serving, OR, chill all the ingredients before assembly and serve immediately. Photo 4 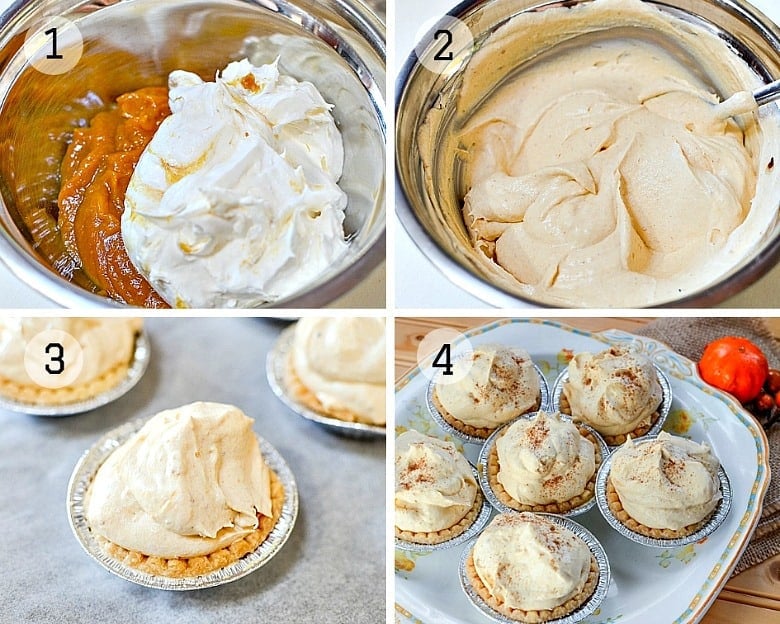 How to Stabilize Heavy Cream with Gelatin

Want to make your own whipped topping using heavy cream but don't want it to deflate? The trick is to use gelatin! Here's how you do it: 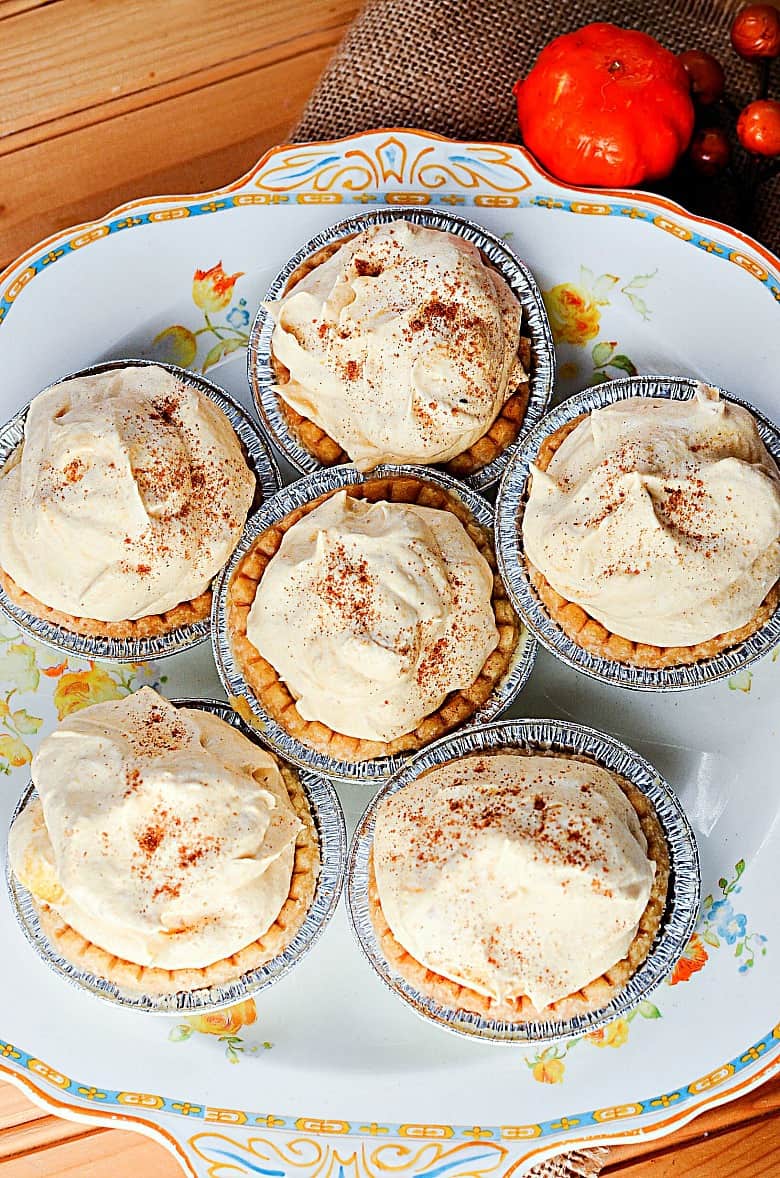 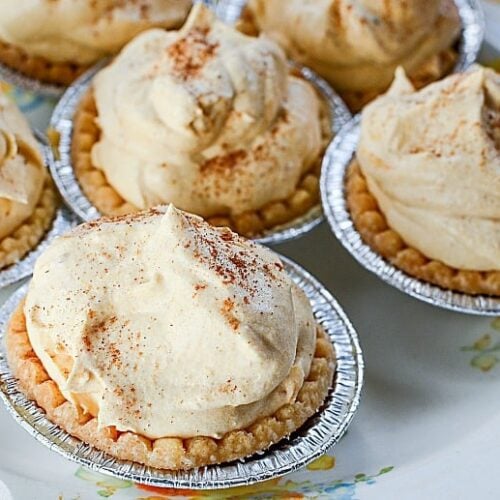 What is your favorite pumpkin recipe? 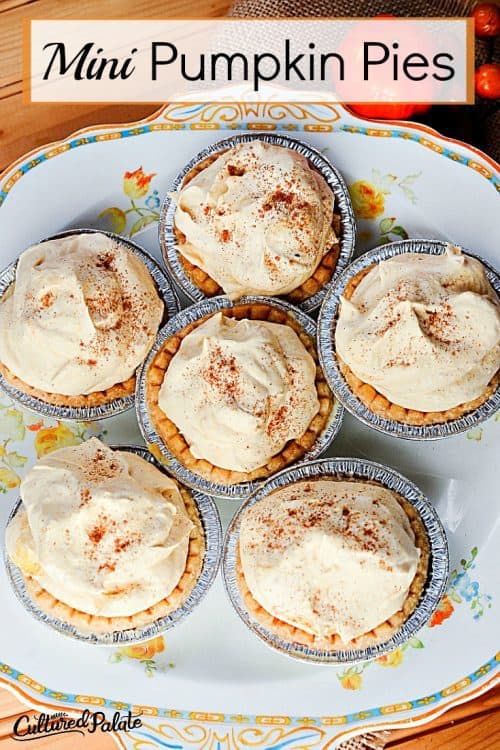